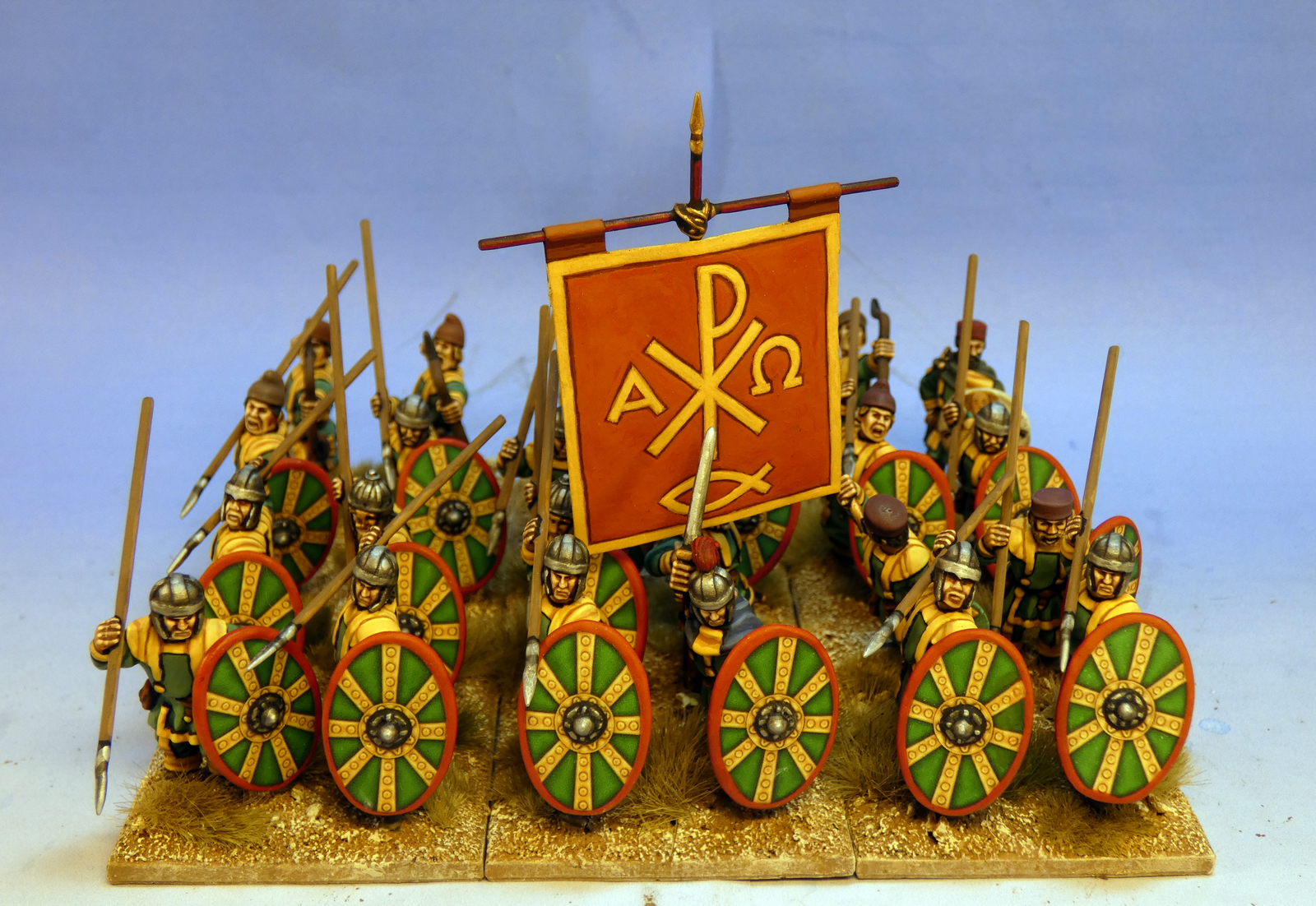 There are more images of the unit from various angles on my just Add Water Blog here:
https://justaddwater-bedford.blogspot.c ... ntine.html

Happily I now have the second unit of Unarmoured Early Byzantine Skutatoi complete. I decided to stick with the test models with the green and yellow from my earlier Unarmoured Skutatoi Unit Two- Experiment with Different Colour Schemes post for the basics on the tunics and trousers, though it was suggested that there was a striking resemblance to Norwich City's football kit! I'm not much of a soccer aficionado so I can assure you that any resemblance is purely coincidental! As a life long native of the North, be that Scotland or the NE of England it did make me chuckle!
The miniatures are, like the rest of my Justinian era army thus far, all from mighty Aventine Miniatures.

I has some problems with the varnish. I tried a tin of Humbrol Gloss Enamel Spray to see if it could help speed up the varnishing process but after leaving the unit for the requisite week for the gloss to fully go off, when it came to matting down with the usual Windsor and Newton Artists Professional Matt Varnish there an unusual interaction between the two opposite layers. Disappointing as I tend to be very anal about these things but not to the extent where I was particularly worried about the unit making an (eventual!) appearance on the wargames table. I'm not sure if I got a bad batch of the Humbrol Gloss or whether it is best to avoid using a gloss spray altogether in the future thus I would be very interested in hearing what experiences any of you may have had. I may yet just return to the brush on version but if I have missed a trick it would be interesting to find out what that might be(?). I intend to take some close ups of the bases so if anyone has any ideas about how the two layers of varnish might have interacted the annoying results will be clearer in those pictures. Probably in my next post.

As the army has now reached 108 miniatures, not including commands and war machines, I am hoping to get some shots of the army in its entirety in the very near future. I still have not managed to get my damn wargames table put up yet. It is still buried under a whole heap of stuff, most of which needs chucking away. I really need to pull my finger out!

So, without further ado, here are a few sample pics of the completed unit: 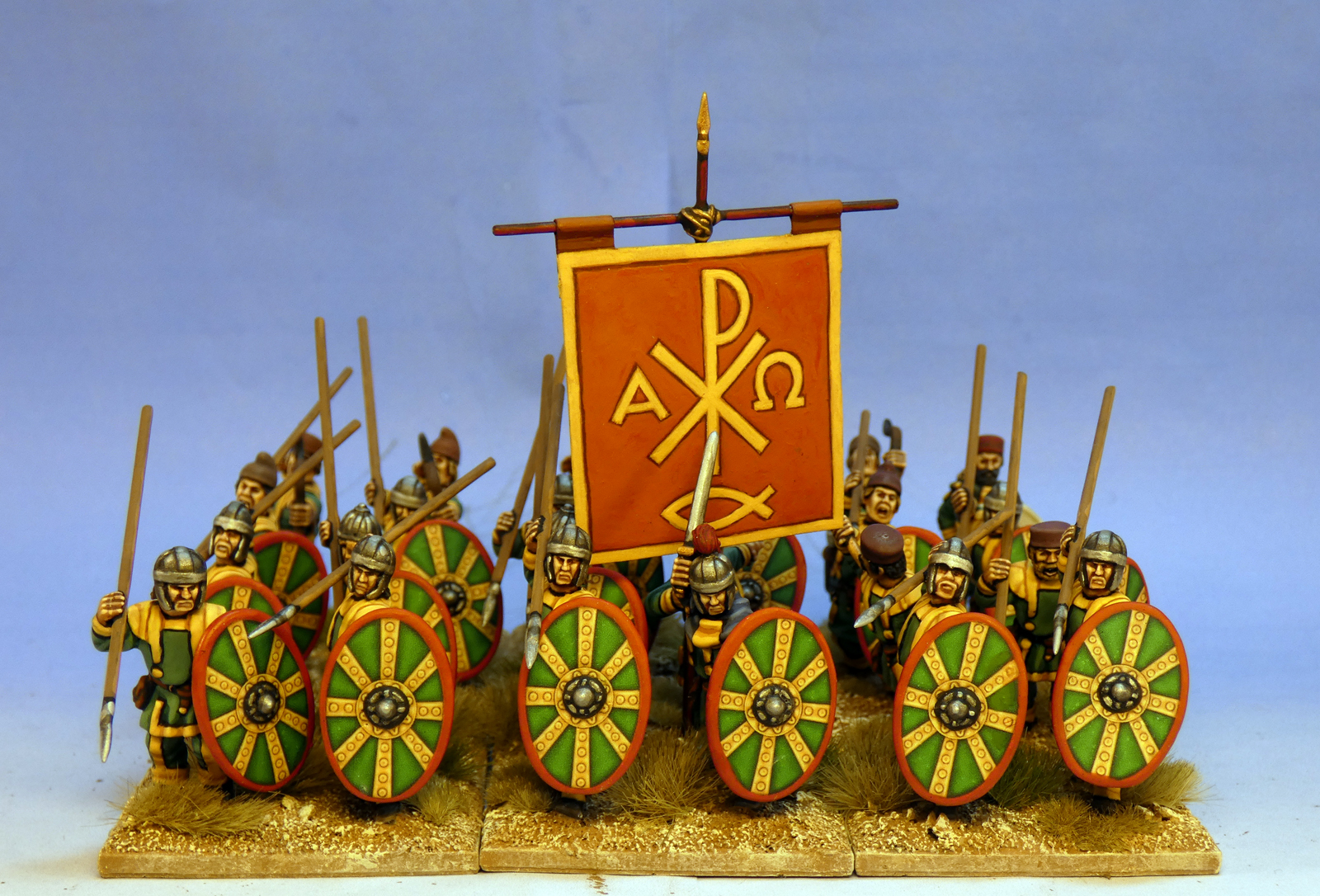 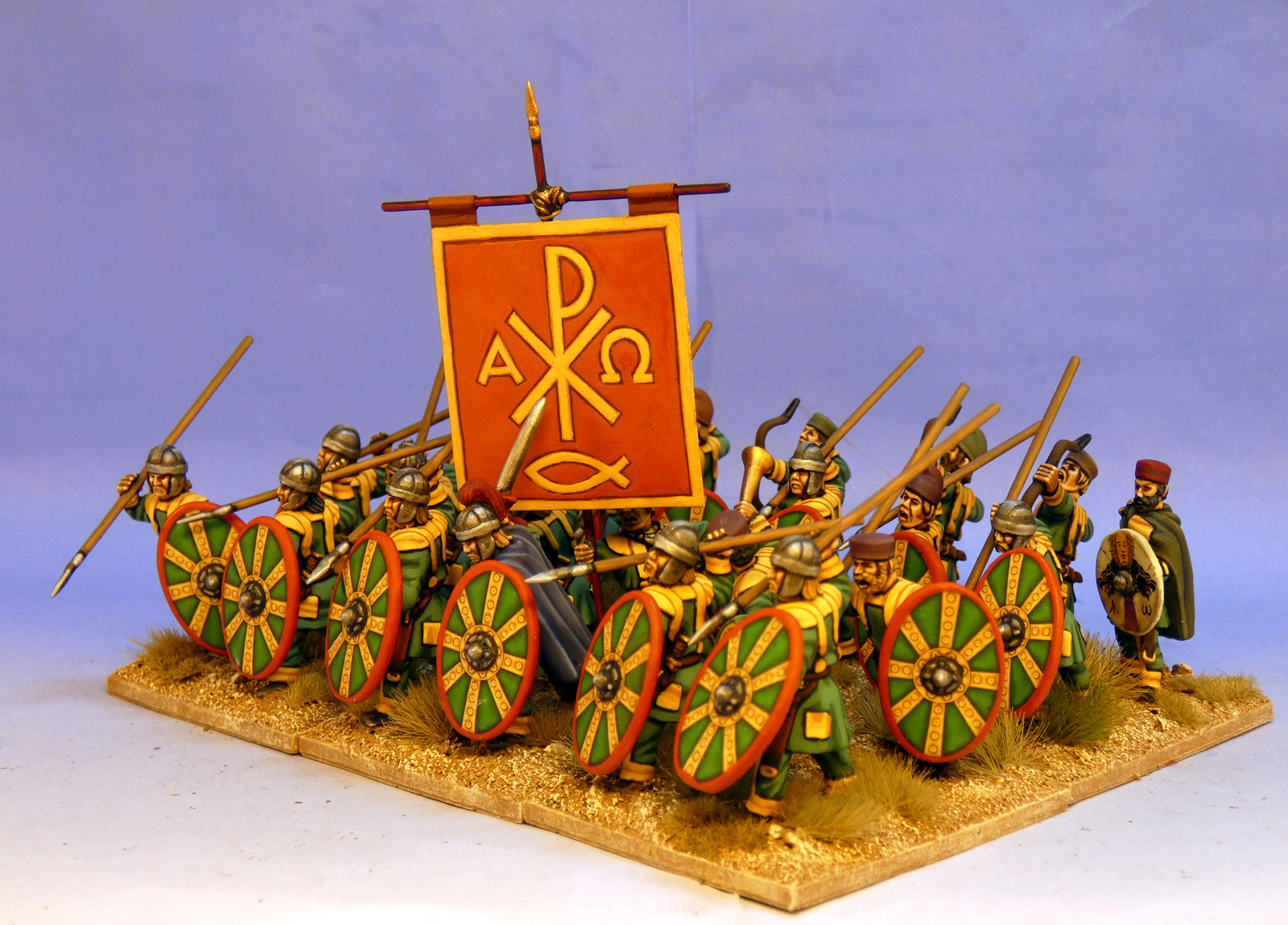 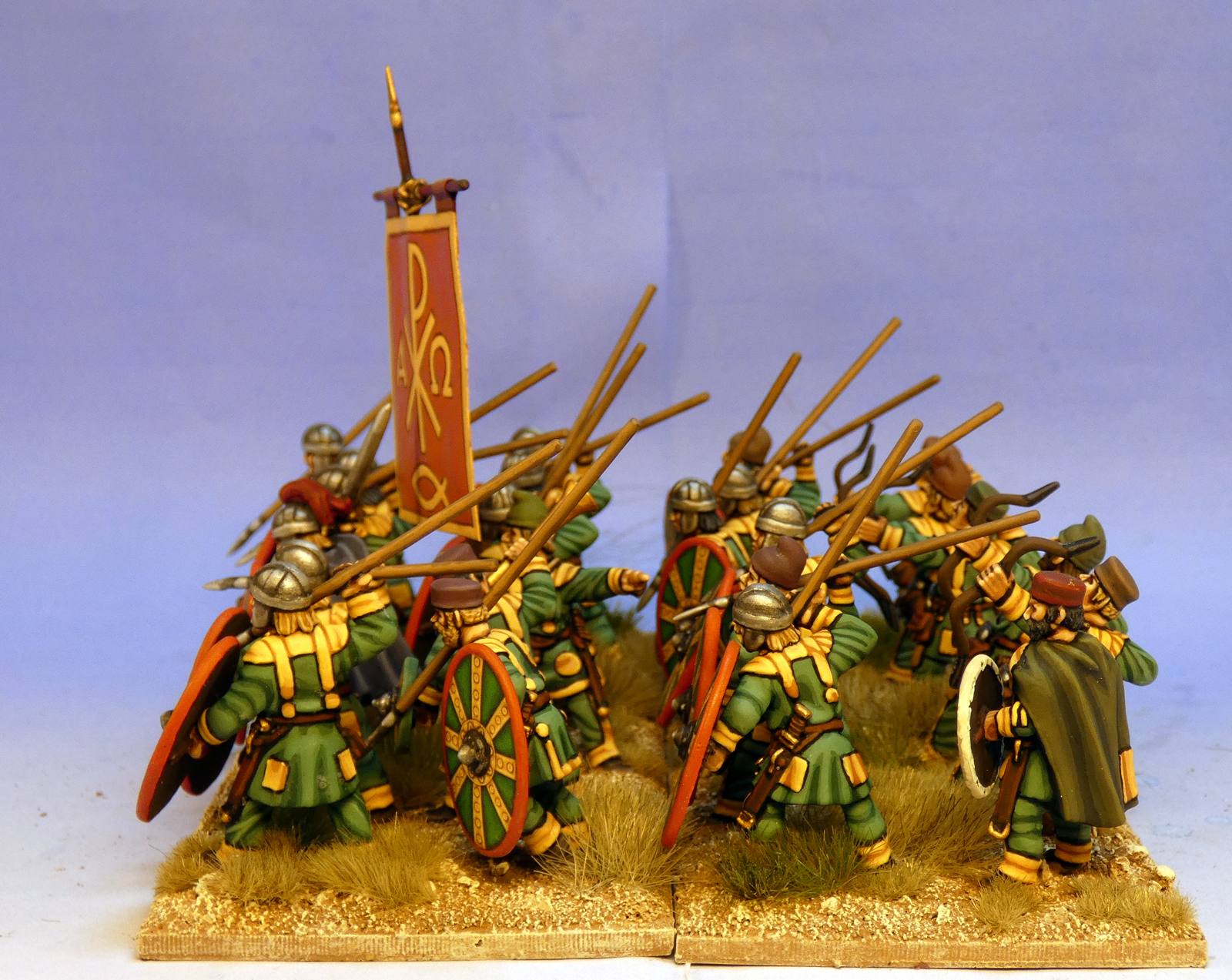 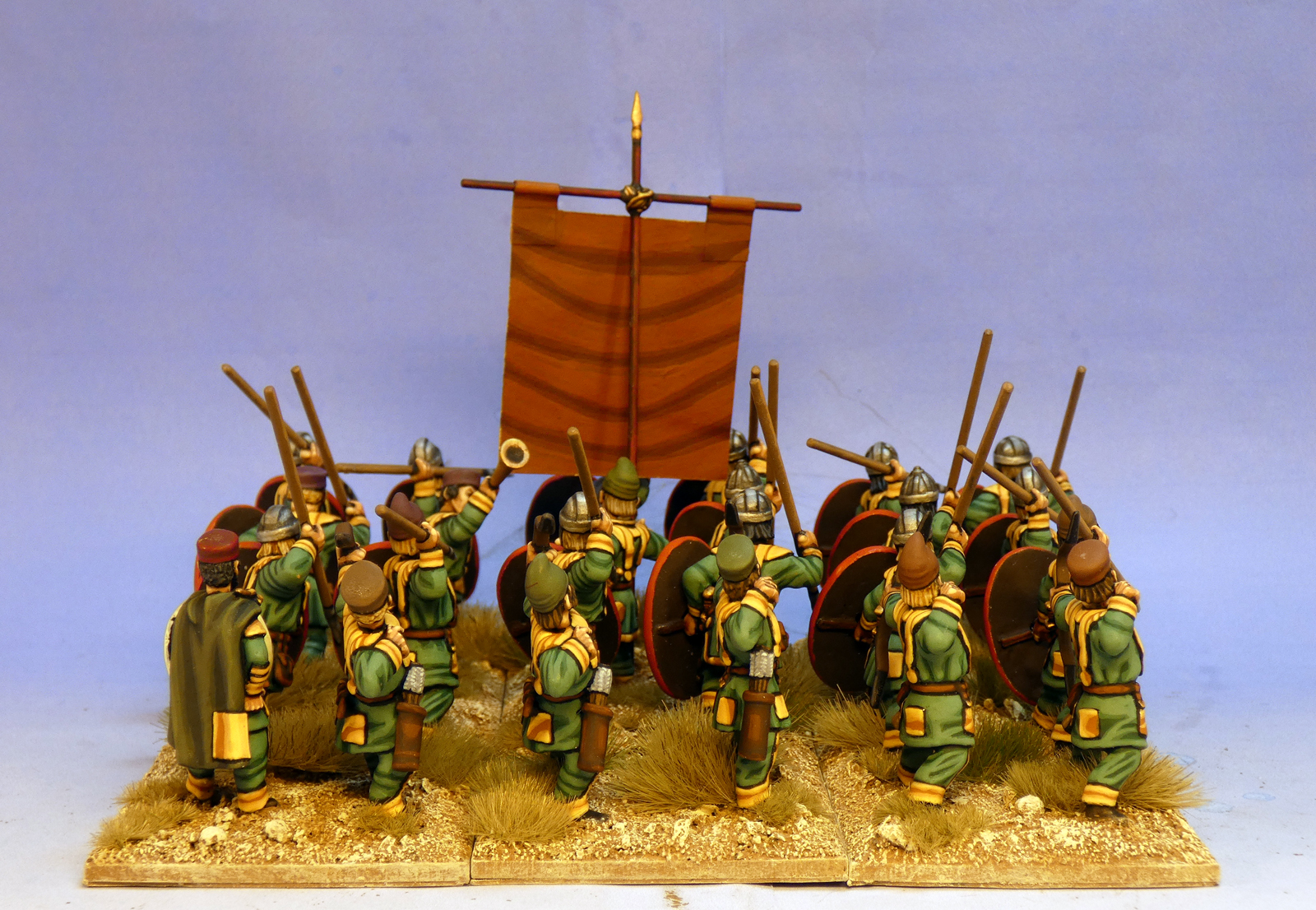 Those are just gorgeous. Lovely work there. They must be German troops, what with all that Feldgrau

Wargames dreams never die, they just get left in a box.

Shahbahraz wrote: ↑
Sun Apr 18, 2021 5:46 pm
Those are just gorgeous. Lovely work there. They must be German troops, what with all that Feldgrau

He-he, thanks.... one mans Feldgrau

Those colours are magic. They almost make my eyes hurt.
Top

Cool. That's what I was aiming for

Thanks Mr GiizzlyMC- appreciated as ver

Return to “The Gallery”